If you drive around Malta and Gozo, you not only notice many apartments for sale, but also many "shells", hollow placeholders between floors or even entire buildings. Following a report, which was published by the Time of Malta on July 6. Considering the very limited space on these island, it is time for a change: 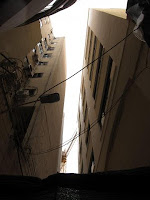 It said in a statement that it was worrying to hear Malta’s top authorities speak about the need to reclaim land or build higher when neither was needed since Malta has over 75,000 empty residential units.

“If this is the spirit that will guide the review of the Local Plans, then there is indeed cause for concern. The fact that the authorities are already relaxing their pledge that there will be no change to the development boundaries is especially alarming.”

FAA said the importance of the Local Plans could not be understated as they would...read on.