Malta - Best Climate in the World

We knew it all along, in the Maltese islands we enjoy one of the best climates on the world. This is what «International Living» wrote in January 2011, and the weather has not changed a bit since then. Promised. 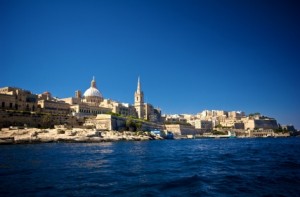 "Two countries have tied for first place with the best climate on earth in this year’s Quality of Life Index, published last week in International Living magazine.

Climate is one of nine categories that go in to calculating the countries with the best quality of life in the annual International Living index. Sharing top scores for climate in the 2011 index are Malta and Zimbabwe.

Of the two, Malta is our favorite, says International Living magazine Editor Eoin Bassett. “But with 5.2 hours of sunshine a day, a stable government and economy, Malta is a very strong draw for expats. And it’s English-speaking.

Anchored almost in the center of the Mediterranean Sea, 60 miles from the Italian island of Sicily, frost and snow are mostly unknown in Malta, and the temperature nudges 70 degrees Fahrenheit even in November.

The five islands that make up Malta aren’t on everyone’s radar, and are mostly unheard of by Americans. About 500,000 Maltese live on the largest, more sophisticated main island (ed. 417'000 on all islands) , and most have a lively urban lifestyle. Homes and apartments here attract an international set as do the historic...read on."