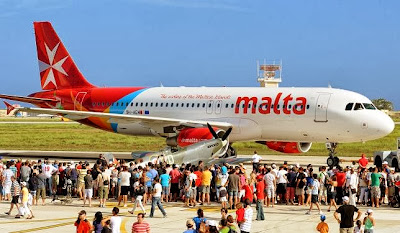 The MaltaIndependent reports on 04/10/2013: Air Malta has tripled online bookings during the first five days of its current seat sale compared to the same period last year. Last Sunday the airline launched a campaign offering a 25% discount on over one million seats on 23 scheduled destinations in and out of Malta.

"We are delighted with the response," said Philip Saunders, Air Malta’s Chief Commercial Officer. “As expected UK routes proved to be very popular with customers. Other destinations performed very well too including those in Germany, Italy and France. This campaign assists Air Malta in continuing to be the number one airline contributor to the record number of visitors to the Maltese Islands,” Saunders added.

“This is a another great opportunity for both locals and visitors to grab a bargain flight from Air Malta with the opportunity to choose dates over a nine month period right up until the end of...read on.