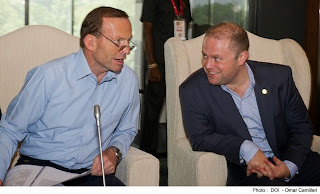 The OPM's communications officer Kurt Farrugia broke the news on the social media this morning.

In addition to human rights abuses in Sri Lanka, where this year’s meeting is being held, the Commonwealth Heads of Government have also had to deal with the issue of next year’s venue after Mauritius dropped out. The Indian Ocean island has become ineligible to host the next CHOGM after boycotting this year’s event in protest over Sri Lanka’s human rights record.

A spokesman from the Office of the Prime Minister yesterday confirmed to this newspaper that Malta, along with a number of other countries, was asked if it would be willing to host the 2015 meeting, and the Maltese government has said that it would consider taking up the offer if no one else did.

The spokesman added: “The main countries, such as the UK, are backing Malta’s position. Prime Minister Joseph Muscat said that Malta would bide its...read on.