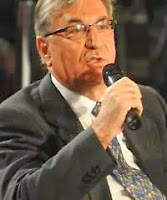 eTN Malta had experienced the second highest number of tourist arrivals in 2013 of all the EU countries, after Turkey, tourism minister Karmenu Vella announced today.

Total arrivals by the end of the year are expected to surpass the 1.5 million mark - an increase of nearly 9 percent from last year.

Vella was speaking at a press conference held at the Airport, in which he discussed the Budget 2014 and its effects on the tourism sector.