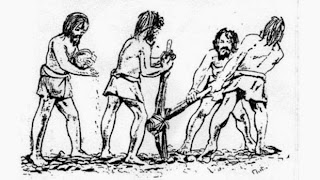 Times of Malta 10/12/2013: The prehistoric temples of Malta and Gozo have been described as “architecture in its purest and most original form”.

They are sometimes called megalithic, meaning “of large stones”. But the temples are much more than that: they are the remains of ancient monuments that are older than the pyramids of Egypt.

The first use in all history of a very special way of building happened in Malta and Gozo without the use of any metal tools or wheels. It was real living people who made and used the temples. They were so advanced for their time that some scientists believe they were the earliest civilisation in the whole...read on.