Malta among favourite venues for Irish getting married abroad 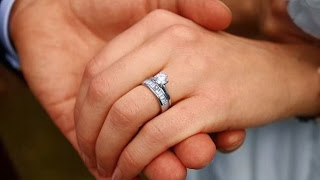 MaltaIndependent 01/01/2014: There has been an increase of 12 per cent in the number of Irish citizens getting married abroad, according to new figures, the Irish media reported yesterday.

The Department of Foreign Affairs yesterday released its review of 2013 and said it gave more than 3,000 letters of freedom to Irish people getting married or entering into a civil partnership in another country.

Italy was the most popular destination, followed by Spain, Germany, Malta and Scotland.
Separately, the Department of Foreign Affairs said that it helped out more than 1,500 Irish people who found themselves in difficult abroad this year.

The government department said that the figure was an increase of 6.5 per cent on last year.
The biggest number of cases, which included problems with passports, illnesses and crime, were in Spain, followed by Australia, the US, Britain and Canada. France, Thailand, Portugal, the UAE and the Philippines rounded out the top ten. ...read on.