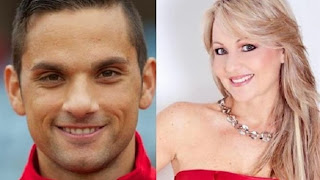 MaltaIndependent 01/01/2014: Joseph Calleja - Tenor - “2013 was another very good year for me, with the culmination being my performance at the US Supreme Court and the dinner thrown in my honour, in November. Two weeks later I performed at the Kennedy Centre. I felt honoured to have formed part of the tribute for the icon Martina Arroyo. I also met wonderful Washington literati, Hollywood actors and exchanged a few words with the First Lady and President Obama. Two receptions, including one at the White House, were also thrown.

Other highlights were my nomination for two Classical Brit Awards including for my latest album ‘Be My Love - tribute to Mario Lanza’ as ‘Classic FM album of the year together with performances in Paris, Vienna, London, Munich and Chicago to promote my album as part of the eight-city tour.
On a negative note, I was disappointed to have cancelled my La Scala debut in February and a couple of other performances due to colds. A consistent low I have to live with is spending long weeks away from my children.

Another highlight was the inaugural event of the BOV Joseph Calleja Children's Foundation, set up to help underprivileged children. While tickets were on the expensive side, no performer was...read on.