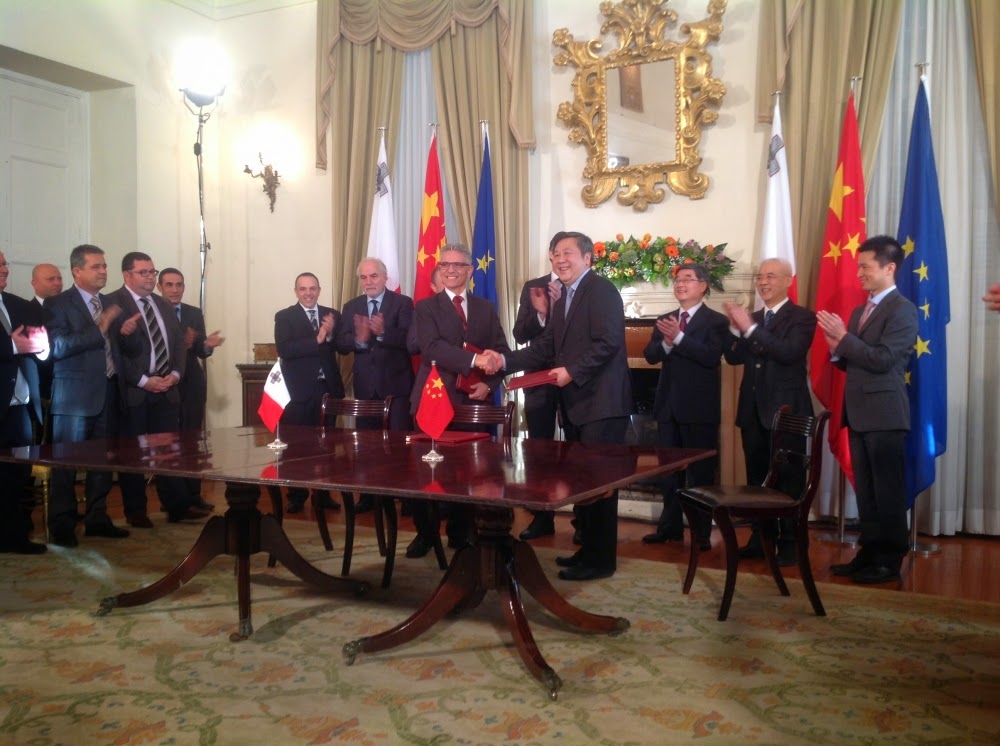 The Chinese shareholding will be of 33%, and Enemalta's debt is expected to be halved and be brought down to approximately €300 million.

The deal was brokered during Prime Minister Joseph Muscat’s visit in China in September 2013, when a Memorandum of Understanding was signed by energy minister Konrad Mizzi and Lu Qizhou, Chief Executive Officer of China Power Investment Corporation.

The deal will be brought into parliament for a resolution to be passed by MPs and amendments presented to the Enemalta Act..read on.