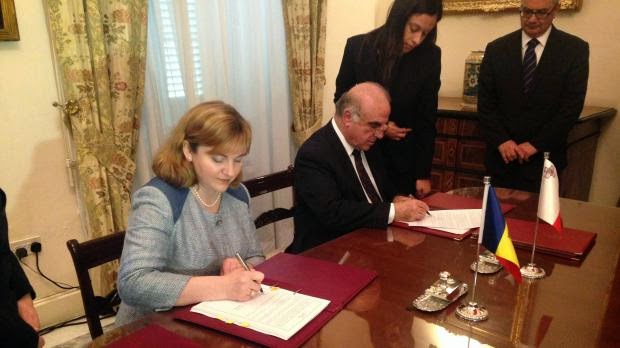 Times of Malta 10/04/2014: Malta and Moldova embarked on bilateral relations this afternoon with the signing of a double taxation agreement.

The agreement was signed between Foreign Minister George Vella and his Moldovan counterpart Natalia Gherman.

Dr Vella said the Maltese government would be supporting Moldova in its relations with the EU.