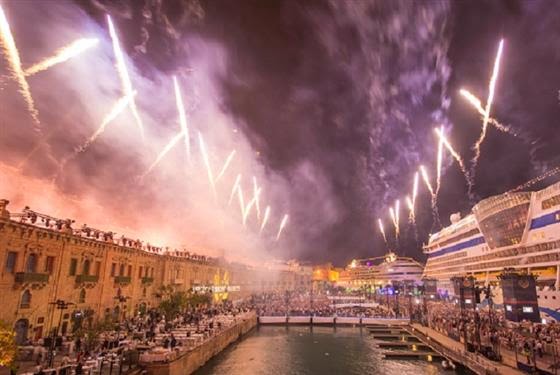 Malta Independent 24/09/2014: Tuesday 23 September was a busy day for the Mediterranean port of Valletta as it hosted a total of five cruise liners.

Early in the afternoon four chartered AIDA cruise liners: AIDAaura, AIDAblu, AIDAdiva and AIDAvita berthed along Pinto Quays, bringing with them a total of 7,000 guests for an event marking the 40 th anniversary of German company Deutsche Vermögensberatung (DVAG).

The ships were greeted with a full gun salute from the saluting battery at the Barrakka Gardens and a water display by...read on.