U.S. and Russia Can't Even Agree on How to Handle Astronaut Pee 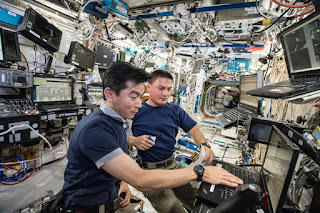 It’s been a rough year for the people who keep the International Space Station (ISS) working. In June, Space X’s Falcon 9 rocket disintegrated less than three minutes after launching from Cape Canaveral, Fla., sending a cargo capsule plummeting into the Atlantic Ocean. The failure followed the October 2014 explosion of an Orbital Sciences rocket on a launchpad at the Wallops Flight Facility on Virginia’s Eastern Shore. In April, a Russian Progress cargo ship carrying three tons of supplies spun out of control in orbit and was destroyed as it fell back to... read on.