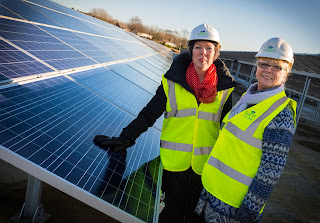 The Bolton Post 24 January 2016: A MULTI-million pound energy farm has officially been switched on.

The £2 million solar farm was funded by GMWDA and designed and built by...read on.