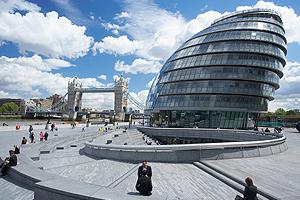 Consultancy firm Amec Foster Wheeler has been awarded a contract by the London Waste & Recycling Board (LWARB) to provide technical support for the development of a new Circular Economy Route Map for London.

letsrecycle.com 22 February 2016:  According to LWARB the route map reflects the Mayor of London’s ambition that the capital becomes a ‘world leader’ in implementing an overarching strategy for the circular economy. The Route Map will identify how this can be done focusing on identifying partners, actions, opportunities and challenges to implementing a circular economy in London.

It is hoped that the route rap will inform economic, environmental, and social policy development in the city, with an initial focus on five key areas: the built...read on.