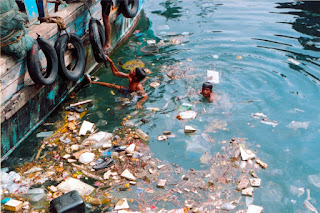 Exposing Truth 9 April 2016: "If you haven’t been paying attention, I don’t blame you for at first not believing this. After all, companies go to great lengths to greenwash their image and present themselves as progressive and environmentally responsible, even while they turn your land to deserts and your oceans into dead zones. Unfortunately, as Mark Twain once famously said: “It’s easier to fool people than to convince them that they have been fooled.”

The truth is that our current system allows pretty much every corporation to externalize both environmental and social costs. In this article, we won’t even be touching on social costs. If you don’t know what cost externalization is, you can imagine it as making someone else pay part or all of your costs. For example, BP externalized the environmental costs..." read on.