Found in techdirt blog music industry section: "Back in 2009, we wrote about the crazy situation in which ASCAP, the giant US collection society will funnel money from indie artists and pay it to big rock stars -- which seemed incredibly unfair. It's just one particular part of the royalties that ASCAP pays, but it's still clearly a case of taking from independent artists and giving money that they should be paid under the system and giving it to the most successful artists. The short version of the story is basically that, to make its own life easier, ASCAP just pays those performance royalties to the top 200 grossing tours in the US, and every other touring musician is more or less screwed -- unless you can convince ASCAP that you play "serious music." 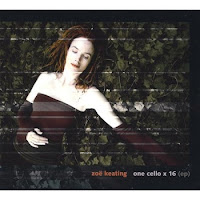 Very successful independent musician Zoe Keating, who has had multiple run-ins with the unfair practices of collections societies giving money she's owed to major labels, just came across this same issue and wrote a blog post about her experience: