Malta has already set the ball rolling for EU Presidency 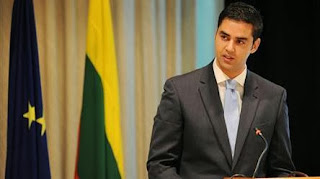 MaltaIndependent 01/10/2013: Parliamentary Secretary for the EU Presidency 2017 and EU Funds Ian Borg this morning held a meeting with the Secretary General of the European Council, Uwe Corsepius, in Brussels.

The focus of the discussion was the preparations for Malta’s Presidency of the Council of the EU during the first six months of 2017.

Dr Borg informed Mr Corsepius that Malta has already set the ball rolling in preparing for the Presidency.

“The government is well on its way in preparing the organisational structure which will be needed in order to manage the many responsibilities which a Member State undertakes during its Presidency. “The structure will be based upon three pillars: policy, logistics and communication,” he said.

The Parliamentary Secretary told Mr Corsepius that the government is committed to making the Maltese Presidency one which will leave concrete results that will contribute towards improving the lives of all EU citizens.

He stated that the fact that the new Administration had established a Ministry dedicated to European Affairs, with a Secretariat that is focused on...read on.