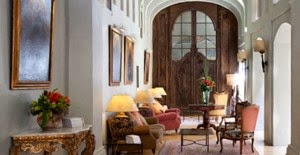 Travel World News on October 11: Mdina’s Xara Palace Relais and Chateau has been included in a list of the 12 most regal stays around the world compiled by the CNN.

The news network says that “the Maltese city of Mdina is itself a historic wonder: a UNESCO World Heritage Site whose history was influenced by the Knights of St. John. Built by the Knights in the 17th century as a residence for the royal Moscati Parisio family, the Xara Palace was reopened in 1999 as an exclusive 17-room Relais & Chateaux hotel.”

“Rooms are simple yet refined, paying tribute to the order through numerous antique paintings. A highlight: the award-winning de Mondion restaurant, offering traditional dishes with 180-degree views of the city.”

The feature says that throughout the world, but mainly in Europe and parts of Asia, numerous palaces, castles and chateaus have been carefully converted into deluxe lodgings — rich in history and, understandably, often in cost. Some of the finest include the newly opened Four Seasons Lion Palace in St. Petersburg and the recently renovated Gritti Palace in Venice...read on.