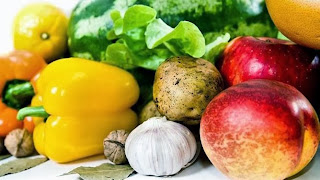 MaltaIndependent 16/10/2013: Last year, ﬁnal household consumption expenditure on food in the domestic market was estimated at €611 million, the NSO said.
On the occasion of World Food Day (16 October) the NSO is publishing a set of ﬁgures relating to the food sector in Malta, with a focus on the economic aspects of consumption.  This year, the Day’s theme devised by the United Nations is: “Sustainable Food Systems for Food Security and Nutrition”.
In 2012, food expenditure was estimated at €611 million, a decline of 2.2 per cent over 2011.  The share of household expenditure on food was estimated at 12.8 per cent of total private ﬁnal expenditure in the domestic market in 2012.
In 2012, there was a decrease in household spending on most food items, ranging from a 0.2 per cent decline in expenditure on vegetables, to a 10.1 per cent drop in respect of fruit when compared to 2011.  On the other hand, increases of 9.2 per cent were registered in household expenditure on ﬁsh and of 3.2 per cent on sugar, jam, honey, chocolate and confectionery.
Last year, food inﬂation measured on the basis of the 12-month moving average rate was 4.7 per cent, while the annual rate was 6.0 per cent. Food prices were higher, mainly in respect of...read on.