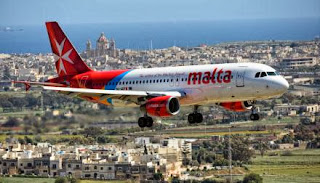 MaltaToday 09/11/2013: Air Malta launched a campaign offering a 10% discount on flights to and from Malta, Italy and UK.  The sale, which opened this week, will be available up to 31 December 2013.

Tickets purchased through this offer are valid for travel between 4 November 2013 and 31 March 2014 except for the period between 26 December and 6 January.

This offer is available on the airline's routes of London Gatwick, London Heathrow, Manchester, Catania, Milan and Rome.

Air Malta said it was committed to offer value for money and superior service in both its economy as well as business class cabins.

The airline offers free allowance of one 10kg hand luggage and a poolable 20kgs free baggage allowance to its economy class passengers.

Club Class passengers are given an allowance of two pieces of hand luggage for a total weight of 15kgs plus 30kgs baggage allowance. (source)