Economy faring better than it did last year – Scicluna 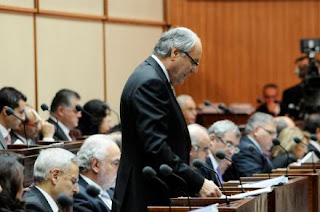 Malta Today 21/11/2013: As the finance minister brought down the curtain on the 2014 Budget, Edward Scicluna said that the main thrust of the opposition's criticism of his second budget was that it was dishonest and concealed cuts and tax increases.

"If you believe this you would imagine people were desperately tearing their hair out following the budget. However, this certainly does not reflect the people's sentiments."

Scicluna said the budget was not only welcomed by civil society but a MaltaToday survey showed that the majority of people had judged the budget positively and only 3.5% said they were negatively...read on.