Mobile penetration in Malta at 135% 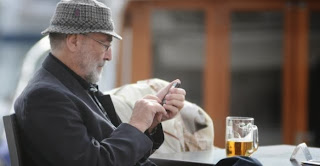 DI-VE 11/12/2013: The mobile penetration rate in Malta stood at 134.8 per cent during the third quarter of this year, indicating that a share of individuals had more than one mobile account, statistics released by the National Statistics Office shows.

As at the end of September, internet, mobile and TV subscriptions registered increases while fixed telephone subscriptions declined, when compared to the corresponding period last year.