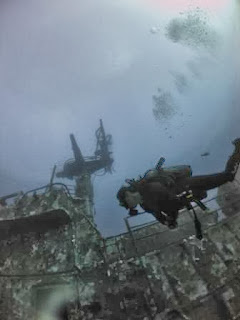 Reefers and wreckers 28/11/2013: On a map of the Mediterranean Sea, if you let your eye fall to the center – just South of Italy’s heel and to the West of the Mediterranean’s heart, you will find an enchanting archipelago comprising Malta, Gozo, and Comino, along with the smaller, uninhabited islands of Cominotto, Filfla and St.Paul.

Serving as the administrative capital for all the islands, Valletta is on Malta itself under the watchful gaze of impressive fortifications commissioned by the Knights of St. John in 1524. For such a small geographical area – the entire group covers only about 320 square kilometres/120 square miles – the population is relatively dense at around 350,000.

As is typically in the Mediterranean, Malta really has only two seasons – a hot, dry summer and a short, cool winter. The summer season runs from a windy April to a milder October, with average high temperatures on the year of 21° C/71° F. Average low temperatures, however, only drop to 9° C/49° F in January and February so it’s not surprising that the Republic’s climate was selected by International Living as the best in the world...read on.