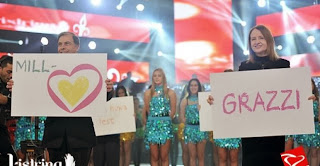 This was the last Istrina for President George Abela who described the new record as incredible. He also expressed his heartfelt gratitude to the Maltese people for their generosity.

L-Istrina was organised by The Malta Community Chest Fund with the assistance of hundreds of volunteers. The events on the day were concentrated at the Mediterranean Conference Centre, in Valletta, with two satellite sites being at Smart City Malta and the Astra Theatre in Gozo.

Events organised by the Presidency for l-Istrina raised a considerable amount of money with the Banif Bank Fun Run collecting €321,800, Paqpaqli ghall-Istrina €207,470, BOV Piggy Bank..read on.