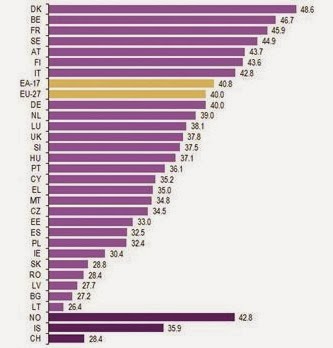 The figures released by Eurostat show that the percentage grew from 31.2 per cent in 2011 to a peak of 36 per cent in 2007, fluctuating since then.

The effects of the economic and financial crisis on tax revenues from 2007 onwards are apparent across the EU. From its last spike in 2006, the ratio of tax revenue to...read on.