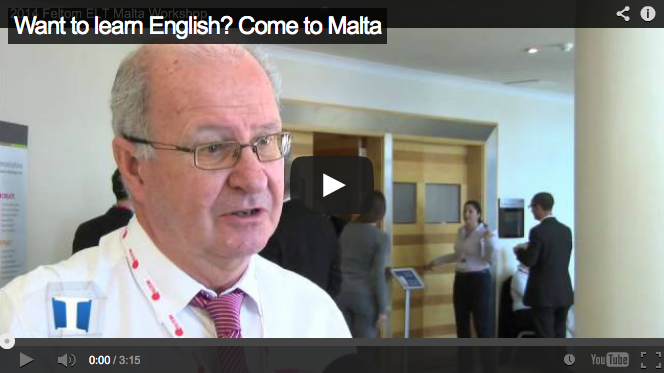 Malta Independent 13/03/2014: Up to 60 international agents for foreign language students were given a true taste of what the Maltese Islands are all about and the high level of teaching offered by some 40 English Language schools in Malta and Gozo.

The agents, from countries such as Norway, Japan and the Czech Republic attended a conference organised by the Federation of English Language Teaching Organisations in Malta (FELTOM) where they were given the chance to meet up and close with representatives from these schools and were also taken around the islands. The Malta Independent spoke to a number of agents and asked them why Malta is among their clients’ favourite destinations.

Dr Karel Klusák, managing director of Czech agency Intact, told this paper that the agency has been sending students to...read on.