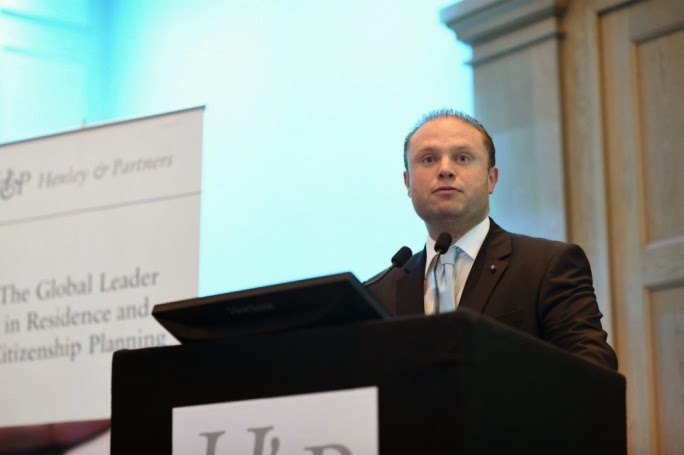 Malta Today 29/05/2014: Prime Minister Joseph Muscat delivered his pitch for Malta’s €1.15 million naturalisation programme at a forum convened by global citizenship experts Henley & Partners, organised in Malta at the Westin Dragonara, where he said that the Individual Investment Programme would attract “high-quality individuals to contribute to the nation’s wellbeing.”

On the ‘margins’ of the forum, the Nationalist opposition criticised Muscat’s government for denying the Opposition inside the parliamentary public accounts committee access to the contract between IIP concessionaires Henley, and the government.

Muscat today said the IIP was part of his government’s popular mandate to “bring in new and fresh ideas” and that Malta would protect its good, international reputation in attracting new citizens to Malta.

The IIP allows high net worth individuals to procure Maltese citizenship by paying €650,000 to a posterity fund, purchase a €350,000 property and investing €150,000 in government bonds...read on.