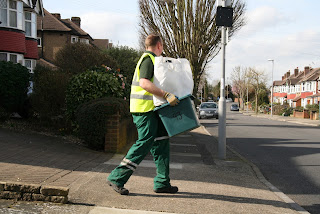 letsrecycle.com 6 August 2015: The recycling, reuse and composting rate in England reached 44.8% in the 12 months to December 2014, with the latest figures showing a slight increase from the 44.2% rate the previous year.

According to Defra, which today (August 6) released data for the final quarter in 2014, the increase was driven by a rise in the volume of organic waste recycled, which was up 9.9% compared to the previous 12 months in 2013.