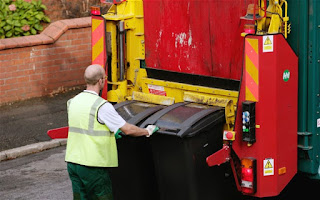 The Telegraph 28 November 2015: Not long ago, rubbish collectors were called dustmen, refuse collection vehicles were dustcarts and most of what they collected ended up in landfill.

Instead, it wants to be seen as a producer of energy and fuel and talks about “materials sourcing” and “energy production”.
“For us it’s now about energy as much as materials,” says Palmer-Jones.” It’s the...read on.