Why the modern bathroom is a wasteful, unhealthy design 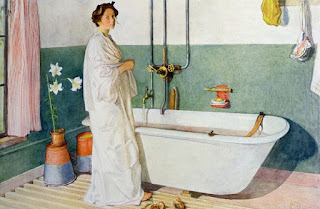 The Guardian 15 July 2014 (and still valid): For centuries, the people of London and other big cities got their cooking and washing water from rivers or wells, limiting their consumption to pretty much what they could carry. They dumped their waste into brick-lined cesspits that would be emptied by the night soil men, who sold it as fertilizer or dumped it off Dung Pier into the Thames. Liquid waste might be thrown into gutters in the middle of the road.

In 1854, in the middle of a cholera epidemic in London, Dr John Snow mapped where victims died and found that the deaths seemed concentrated around one of those pumps, at 37 Broad Street. When he had the handle removed from the pump, the cholera epidemic stopped immediately. He had made the first verifiable connection between human ...read on.