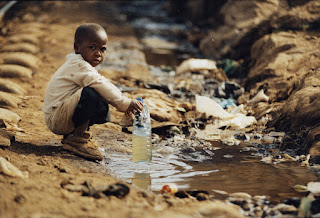 Value Walk 17 February 2016: As many as 4 billion people from across the globe face severe water scarcity. According to a study published in the journal Science Advances, the population growth is increasingly putting pressure on freshwater supply. Some past studies have suggested that between 25% and 40% of the global population face water scarcity. But the new study reveals that the situation is even worse.


Some African countries face year-round water shortage
Scientists led by Arjen Y. Hoekstra of the University of Twente in the Netherlands used computer modeling to study the growing shortage of fresh water. Population growth, changing consumption patterns, improved living standards, and the expansion of irrigation in agriculture are collectively responsible for the shortage. The study focused on how the supply of fresh surface water and...read on.