In Mexico's thirsty capital, a renewed focus on recycled rainwater 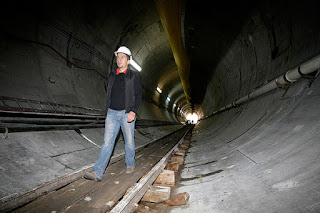 The Christian Science Monitor 16 February 2016: Yugüelito, Mexico — When Mexico City suspended water services last month to more than five million residents, it was another sign of how acute the situation has become in this metropolis of roughly 20 million. Those who could leave town did; others had to go without water for more than a week while city engineers repaired some of the city's pipes.

Built by Spanish colonialists on top of drained lake beds, Mexico City is sinking, in some places by as much as 8 inches a year. The taps often run dry. In summer come the floods. And its creaky system of water pipes, pumps, and plants loses 40 percent of water in transit.

And as the population grows and the city pumps more ground water, the broad valley on which the city is built will sink...read on.