Where Do iPhones Go After They Die? 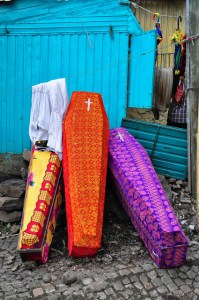 The Public Slate 17 February 2016: Where do iPhones go after they die? The first iPhone was released in 2006, and some are still working or becoming collectors’ items, however, most are recycled. On Wednesday, Feb. 17, 2016, Bloomberg released some specifics about how Apple, Inc. recycles their phones.

iPhones that are sent to Apple are shredded but not destroyed. None of the components of the products are reused because the tech giant fears the black market will use them to create counterfeit Apple devices.The products are shredded and then their scraps are separated for recycling.

Bloomberg reports that in 2014, Apple collected over 40,000 tons of waste from their recycled electronics, which would be enough steel for 100 miles of train tracks. The company assures consumers that any hazardous waste is safely discarded.

The waste from electronics is referred to as e-waste. This includes VCRs, televisions, copiers, stereos, computers, fax machines, and printers. Many of these devices can be refurbished, recycled, or...read on.