Language is what makes us Maltese

MaltaToday on 24/09/2013: Find out which personality is Malta’s best export, our favourite foods, the hegemony of Kinnie, and our knowledge of Maltese history and identity. 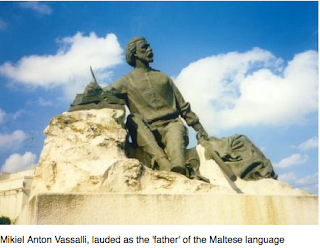 Our unique Semitic language, 'culture', nanna's bragioli... Joseph Calleja, the prime minister, Independence and the Republic, Kinnie, Cisk and kunserva - pretty much all you need to know about the EU's smallest Member State.

These are exciting revelations: MaltaToday's new "identity survey" has lifted the lid on the curious make-up of the Maltese. Contrary to popular misconceptions, and perhaps a strong confirmation of our earlier survey on the à la carte Catholicism of the Maltese islands, the Maltese people feel united by language, rather than religion (even though this still rates a high fourth in cultural identifiers).

Over two-thirds of respondents say the Maltese language could be the greatest signifier of national unity, but only 2.3% referred to Malta's bilingualism as a mark of their identity.

Still, 17% of respondents to this survey say they speak both Maltese and English a
t home, with this percentage rising to a staggering...read on.