Journey to Mars begins … and ends with Earth (via TheSpec) 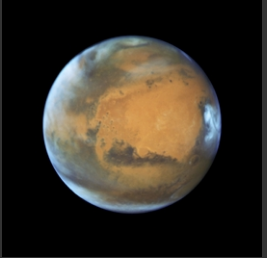 The Hamilton Spectator 30 May 2016: "Mars is as far away as humans have so far dreamed of going to, but the end goal is actually to help those close to home said an American astronaut visiting Hamilton.

"What we do in space exploration is really about life back here on earth," Catherine Coleman told the 2016 Innovation Nation conference at Liuna Station Sunday.

Space innovations get us one step closer to Mars, but they're also used develop new technologies for industry and medicine.

The remote-controlled mechanical arm Canadarm and Canadarm2 are used in space to deploy and capture satellites, maintain equipment and move cargo. But it has also inspired a better way to..." read on.