'A real page turner', first readers commented after having read Alexander G. Johnson's latest literary coup, which was published on the 19th of November 2022 on Amazon: 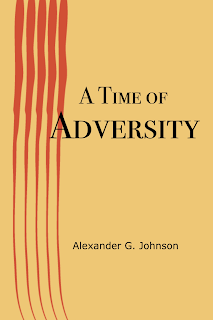 «A Time of Adversity»
1973, and the sunny Mediterranean Islands of Malta are in their first decade as an independent nation. The murder of a priest in a church on the predominantly Roman Catholic islands, shocks the small country, and thrusts bachelor, tubist and food lover Chief Inspector Xavier Xuereb, head of Malta’s Police Homicide Unit, into the most callous and gruelling case of his career. As one murder leads to another, a few hints and clues lead Xavier through a thorny maze of organised child abuse and corruption that weaves through Malta, its sister Island Gozo, London and The Vatican. His politically-motivated superiors increasingly hamper Xavier’s investigation, while his depressed nagging widowed mother is a further added burden. The case reaches an unorthodox, unexpected climax in the final months of 1974, the year Malta declares itself a Republic.

Now selling!
Your personal copy - print-on-demand paperback or hardcover, Kindle ebook - can be ordered through these online book stores:

More global, regional and ebook stores following, as well as a translation to German.

A TIME OF ADVERSITY
by Alexander G. Johnson

At a time when many septuagenarians across the globe are indeed facing times of adversity, late literary bloomer Alex Johnson - safely nestled in his Swiss lakeside home - decided to turn his hand to crime writing rather than putting his feet up in front of another episode of Countdown or Tipping Point. What a good decision that turned out to be!

Johnson's page-turning debut introduces us to the 1970s world of Maltese detective Xavier Xuereb, still living at home with his nagging mother and at work dealing with the interference of his superiors but nevertheless finding daily solace in local baking speciality pastizzi.

Indeed, putting aside the storyline for one moment, it is Johnson's ability to introduce us to Malta and its neighbouring islands, where he himself spent many years, that first strikes one. Malta comes alive -its geography, its people, its cultural traditions and above all its culinary delights such as the aforementioned pastizzi. In this he is following in the footsteps of the master storyteller himself Graham Greene, whose legendary novels spanned the globe from Cuba to Vietnam via Vienna. This novel will certainly be popular on Malta, whose population will no doubt notice things in the narrative that are missed by those who have never visited that Mediterranean isle.

However, to those not lucky enough to have spent time there, particularly British people, this will be compensated for by the character of Xuereb, who comes across as a kind of Maltese Inspector Morse. Frustration, gruffness but dogged persistence are characteristics that shine through. So much so that I read Xuereb's lines in the voice of actor John Thaw! In addition, fans of Canadian songwriting legend Joni Mitchell will not be disappointed as the depiction of two of the nuns on the island has the reader harking back to her excellent Magdalen Laundries song.

As for the story, Johnson's tale manages to embrace the shadier sides of Catholicism, local criminal masterminds, the British military, public schools, gentlemen's clubs, child abuse and much more in its fast-moving 250+ pages allowing the reader to contemplate wider issues whilst at the same time trying to solve the crimes.

This crime drama should be on the essential reading lists for those who enjoy detective stories in the tradition of Christie and Dexter and especially on the lists of people planning on holidaying in the Mediterranean.

In fact, the only negative feedback I can give is that the ending of the book for Xuereb seems to indicate there will be no follow-up! Shame!