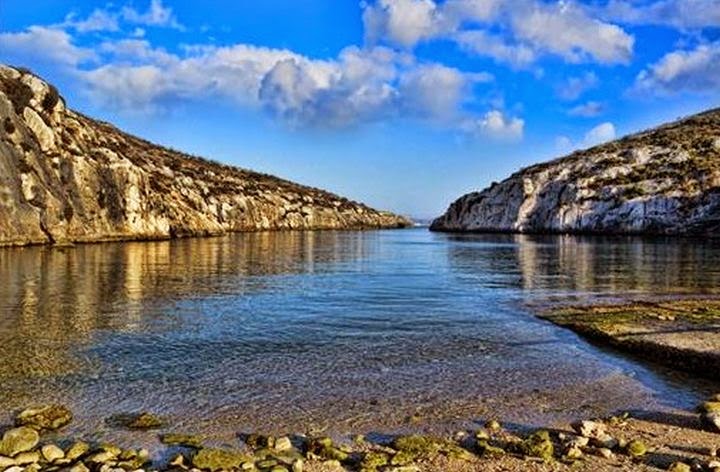 Gozo News 27/08/2014: Angelina Jolie and Brad Pitt flew in to Malta this afternoon, to start the shooting of their film By the Sea.

They arrived on a private plane from Nice where the couple had been taking a holiday. The couple travelled straight to Gozo, where filming is due to start early next month on a specially built set at Mgarr ix-Xini.

The bay and surrounding area is closed to the public for the duration of the filming, and is not due to open again until the 10th of November.

‘By the Sea’ has been written, and will be directed by Angelina Jolie..

This will be the first time that the couple appear on screen together following 2005 film Mr and Mrs Smith. (source)