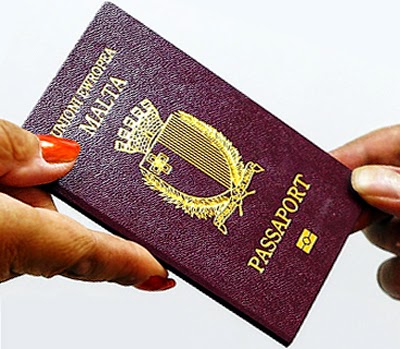 EUobserver 26/08/2014: Russians, Chinese, and people from the Middle East have shown the most interest in Malta's sale of EU passports so far.

A spokeswoman for Henley & Partners, the British firm handling the controversial passport scheme, told EUobserver that “over 200” people from 30 different nationalities have applied since it got up and running in early 2014.

She added that: “The main geographic areas from which applicants originate are the MENA [Middle East and north Africa] region, Russia, China, and South East Asia”.

She also said the well-heeled applicants will bring in more than €200 million in foreign investment to the tiny Mediterranean state.

None of them have passed due diligence tests, designed to weed out shady characters and being carried out by Henley and by Maltese...read on.